The Village in the Valley evolved in the 1890’s as ranchers pushed into the district. It incorporated in 1912 as a village when the Kneehill Coal Mines flourished. Today, Carbon is a vibrant community of 500 residents and growing. It lies in the belt of the Canadian Badlands, just 40 kilometers West of Drumheller and one hour from the Calgary airport. Carbon is known for its geographical beauty as visitors are left breathless as they come down the hill into the “Village in the Valley”.

The Village of Carbon is located in the picturesque Kneehills Creek Valley with paved, quiet streets. Located within a half hour’s drive to nearby Three Hills or Drumheller, the village is an excellent choice for raising a family, starting a business, or retirement.

Statistics Canada released the 2021 Census of Population on February 9, 2022 and the Village of Carbon’s population is 492! This is an increase of 8.4 percent from the 2016 census population of 454. 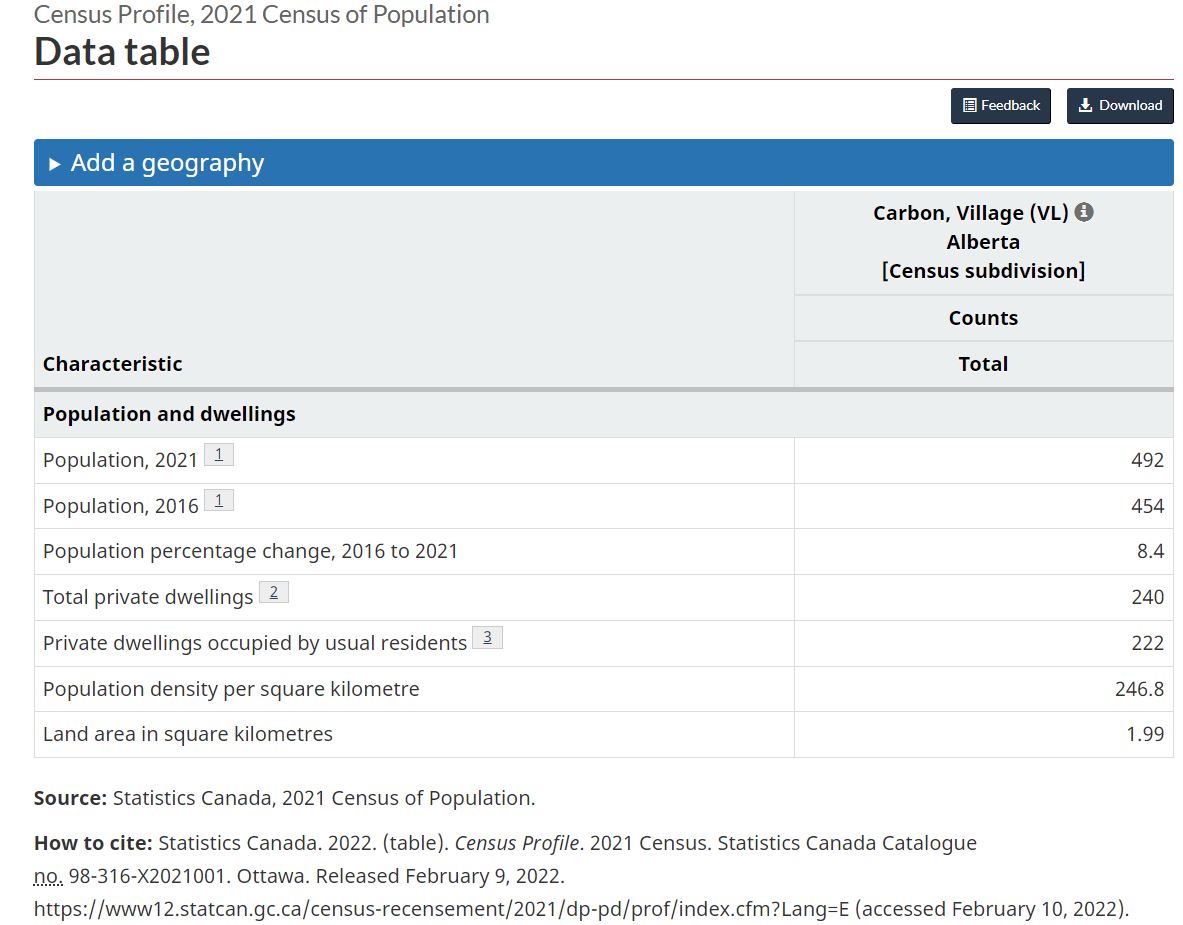 Carbon is situated within Kneehill County in the heart of central Alberta. A progressive rural municipality comprised of approximately 814,653 acres of land and a population 4992. Within the Kneehill County boundaries, are the Towns of Three Hills and Trochu, Village of Acme, Carbon and Linden, and 6 Hamlets (Torrington, Huxley, Swalwell, Hesketh, Sunnyslope, and Wimborne.) with a total population of 11,193.

Agriculture remains the backbone of the local economy, complemented by a strong oil and gas industry. Wind power is now a fixture in the Kneehill County hills and skies.